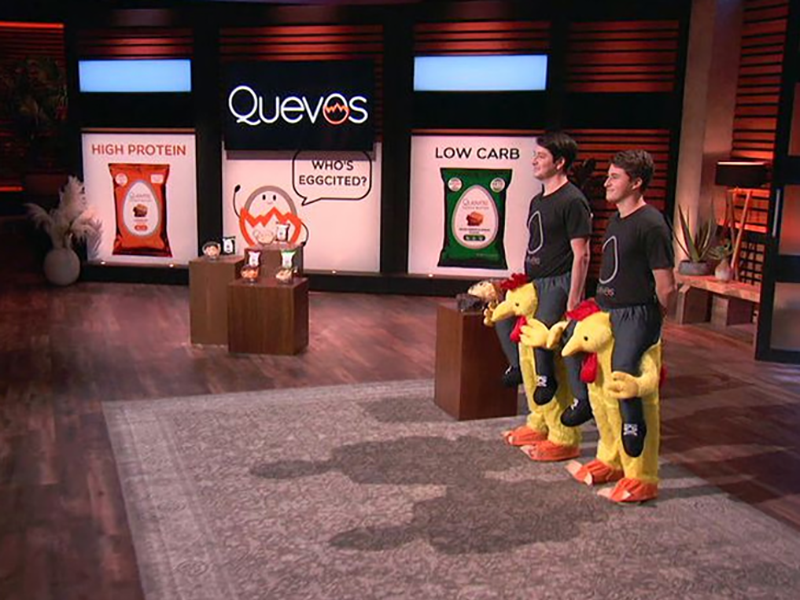 The pictures above are from the original Shark Tank episode where Quevos landed an investment from Daniel Lubetzky.